Come Out and Enjoy 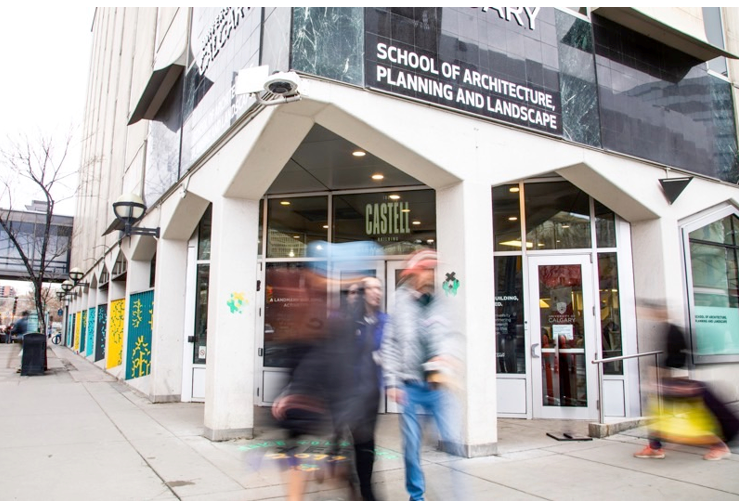 Guided tours from 10 am. (last tour starts at 3pm) No registration required. Visitors will also have a chance to have their portraits drawn by a robot!

For over half a century, the WR Castell Building has been the busy hub of numerous activities in the areas of research, education, informal learning and leisure. As a pilot outpost for University of Calgary’s School of Architecture, Planning and Landscape, the new City Building Design Lab extends the building’s legacy as a public meeting space by creating a place of learning about city building, and a cultural outlet for events and programming for Calgarians and visitors interested in architecture, urban planning and landscape architecture.

The CBDLab is part of Doors Open YYC this year. Visitors will have a chance to learn from researchers about the architectural history of the building, and tour some of the spaces of the school not usually open to the public, such as the digital fabrication workshop, event hall and the design studio.

Guided tours will be available from 10am (last tour starts at 3pm). No registration required.

Visitors will also have a chance to have their portraits drawn by a robot!

The newly named School of Architecture, Planning and Landscape (formally known as the Faculty of Environmental Design) officially opened the City Building Design Lab (CBDLab) inside the historic Castell Building as of early 2019. The Castell Building first opened its doors as a new downtown Central Library in 1963 with a six-storey addition opening in 1974. The Central Library was designed by J.H. Cook and Associates, a Calgary architecture firm. Today, the City Building Design Lab serves as an innovative research hub in downtown Calgary’s East Village neighbourhood. The development of the CBDLab was possible due to a partnership and $1.5 million investment from the Calgary Municipal Land Corporation (CMLC). The CBDLab is set to host 100 events annually to engage citizens in the discourse about city building including the faculty’s Design Matters lecture series hosted inside the building, gallery openings, conferences and hands-on workshops. In 2021, the faculty will celebrate their 50th anniversary.

There is parking at City Hall, the Telus Convention Centre, and street parking

The site is right next to the C-Train Line right at City Hall station in East Village.

We want to acknowledge our major sponsors and supporters, without whose support we would not be able to present such a unique and educational city-wide event!

Join us in celebrating our 8th year of Doors Open YYC with sites in and around the city! Come out from 10 a.m. to 4 p.m. and check out exciting behind the scenes tours throughout Calgary.